I had a fun time in Carmel with the Hobgoods and Larry Wasson.  I didn't get to go to downtown Indy, but there was plenty of things to do in Carmel.  The weekend went by way too fast.  The course was well supported, it was absolutely freezing the whole time.

I gave my Boston Marathon volunteer jacket to a really fast runner that had fallen down.  Larry and I waited for the police and medical to arrive.  The police officer took my name and phone number down in case the runner wanted to thank me.  I received a text later after the race from the runner's girlfriend thanking me and wanting to return my jacket.  I told her to keep it.  She told me her boyfriend was hoping to qualify for Boston, but since he fell and didn't finish, he didn't reach his goal.  I told her he will make it and that the running community helps each other.

It was a short and sweet trip that ended with me pushing my college friend on the hotel luggage cart :) around the hotel. 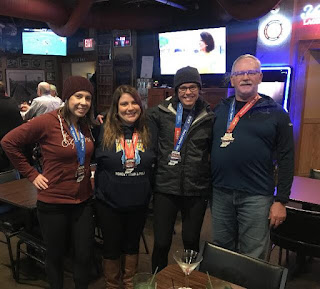 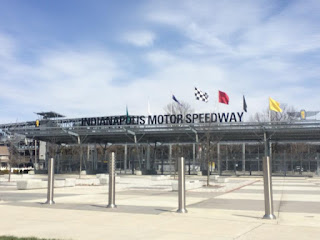 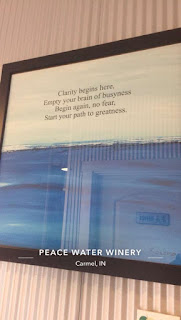 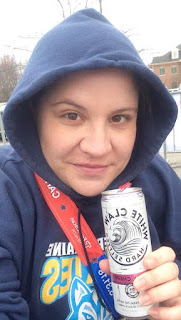